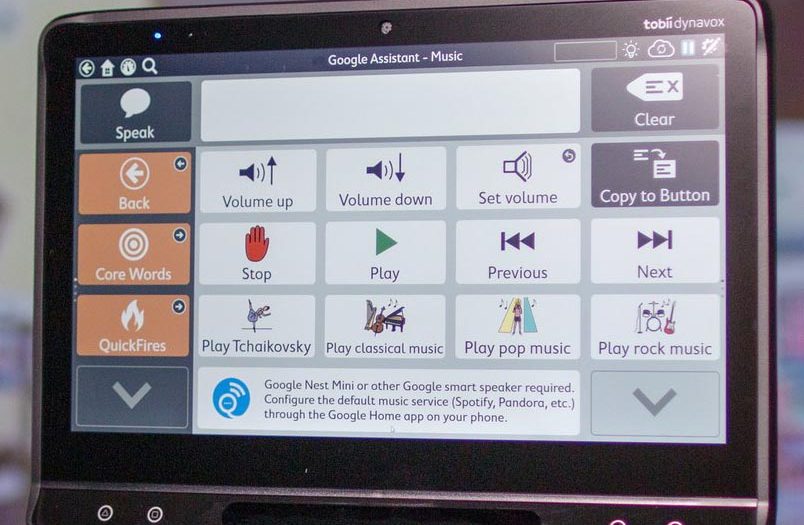 This partnership enables easy access to Google Assistant and all its functionalities, such as smart home control and enjoying entertainment for people with disabilities.

Google Assistant is now integrated into Tobii Dynavox’s communication software Snap Core First, which supports people with disabilities such as Cerebral Palsy, Autism, and ALS with a means to communicate. Any Tobii Dynavox device comes with Google Assistant, making it possible for users to experience all the amazing helpfulness of Google to get things done that can be accessed via eye gaze, touch, or scanning switches.

“I love using my Google Nest Mini to control my home environment, access all kinds of information, and to play my music. The integration into Snap Core First makes it so easy for me, and it is the best home assistant I have ever used,” said Becky Tyler, an avid gamer and YouTuber with cerebral palsy.

Now, Tobii Dynavox’s library of tens of thousands of Picture Communication Symbols can be used to create Action Blocks buttons, so that people who might be accustomed to assistive technology for communication can use a familiar interface on their Android phones and tablets, product manager Praveen Chandran informed.