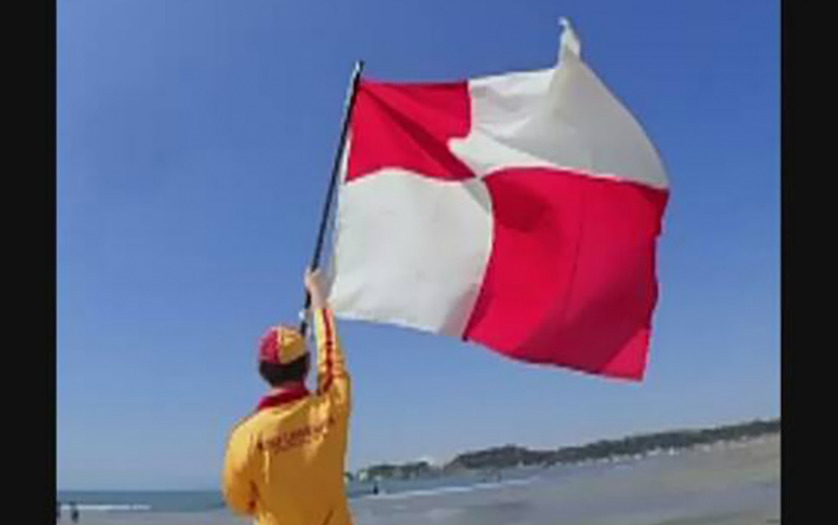 Japan’s Meteorological Agency has decided to use a red and white checkered flag to inform people with hearing disabilities as a warning alert and to proceed to evacuate to a high place, as soon as they see the flag, in the event of a tsunami warning issued.

The newly introduced “tsunami flag” is a red and white checkered flag with the same design as the “U flag” used internationally to notify people of an emergency evacuation from danger at sea.

The method for telling people with hearing disabilities about the tsunami warning announced at the beach has not been unified so far, and the Meteorological Agency has conducted experiments such as using multiple flags, The “tsunami flag” has been defined as a means of communication.

“Since the sirens and voices may be difficult to hear due to the waves and wind, it is effective to convey them visually. When you see the tsunami flag, immediately get away from the sea and evacuate to a higher place,” the Meteorological Agency said.

A Portland, Oregon couple has created a line of products…

COVID vaccine priority list to include people with disabilities in Japan

Japan’s health ministry plans to include people with intellectual disabilities…