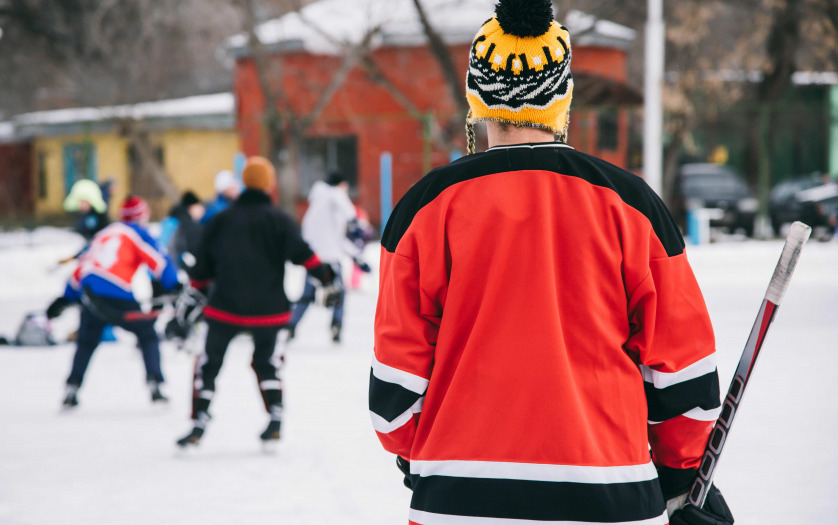 One Step Coyotes is an  organisation, founded in 2016, is Arizona’s first hockey program designed for adults with  intellectual disabilities. The team runs under One Step Beyond, Inc.

“It’s real fun, and having fun with your friends is very interesting,” One Step Coyotes centre Louis Geddes said. “And different people have different disabilities so you get to learn from them and get to do and teach them more stuff.”

Mr. Geddes is now in his second year with the program and loves to “make moves” as a centre “It makes me happy inside when I see them skate around the rink, feel that cold air, and shoot pucks and pass them and have a good time with the sport,” said Jared Woosley, the program’s founder and coach.

Mr. Woosley started the program after not seeing any hockey opportunities for individuals with intellectual disabilities. People with disabilities make up at least 19% of the population, according to the National Center on Disability and Journalism. Due to the amount of expensive equipment involved, ice hockey is not a sanctioned sport by the Special Olympics. Mr. Woosley wanted those at One Step Beyond to experience his lifelong love of hockey. “So many of these hockey players didn’t want to play football or baseball, or dance or theatre or do music,” he said. “And when this came up, they gave it a shot, and they found themselves.”

Mr. Woosley’s model now has 50 players in the Valley and expanded to San Jose three years ago. Nashville is next on the list.“So far, the horizon looks really good. We’ve made a couple trips out to Nashville and it’s been a lot of fun,” Mr. Woosley said. It is a non-check league, and beginners are allowed to use wheelchairs,  which offers a solution to most qualms. Players like Mr. Watts have graduated from the chairs to skating, a transition that makes Mr. Watts feel proud.