Inclusion of persons with disabilities can push business forward 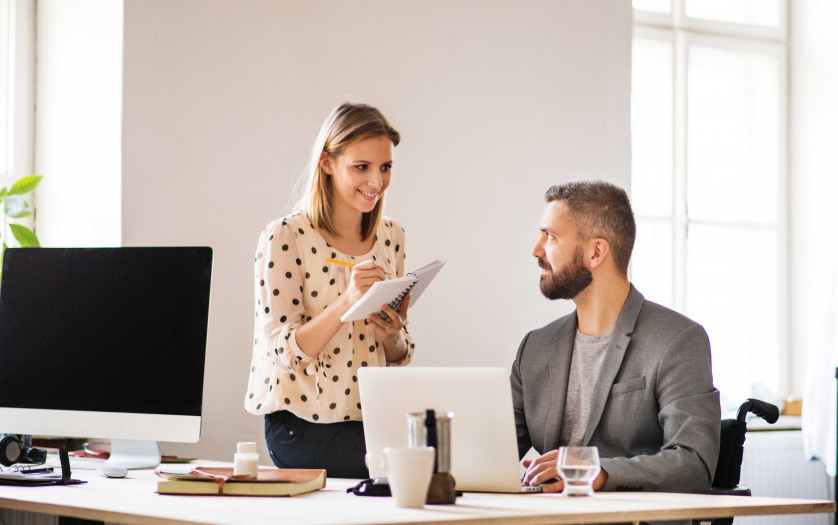 Gender and race come up frequently in discussions of diversity in business. But what about disability? Roughly 1.3 billion people worldwide have a disability, but despite that huge number, many people with disabilities face challenges reaching their full potential in the workplace, Nikkei Asian Review says.

Caroline Casey, an Irish social entrepreneur, aims to change that. Since last year she has led an initiative called “The Valuable 500.” The goal is to get 500 CEOs from companies around the world to commit to creating leadership opportunities for people with disabilities in business. Legally blind herself, Casey understands the barriers they face, calling it “a huge crisis” and pointing out that half of all disabled people experience poverty or unemployment.The problem “cannot be resolved by governments, or charity, or U.N. conventions alone,” Casey said, arguing that businesses must be part of the solution.

Casey’s idea to make business central to The Valuable 500 was inspired by Facebook Chief Operating Officer Sheryl Sandberg’s “lean in” movement. Casey said she was very interested to see everyone talking about gender equality after Sandberg raised the issue. A dearth of corporate leaders with disabilities is one big reason why inclusion of the disabled is always “on the sidelines,” Casey said. She responded by founding The Valuable 500 last year at the World Economic Forum in Davos, Switzerland, signing up six companies to the initiative.

That number has since grown to 244, 31 of which are based in Asia. The social entrepreneur aims to bring at least 75 Asian companies into the group over the next six months.

Bristol Myers Squibb (BMS) has entered a partnership with US-based…

Dr. Esther Murphy, School of Engineering at Trinity, has been…