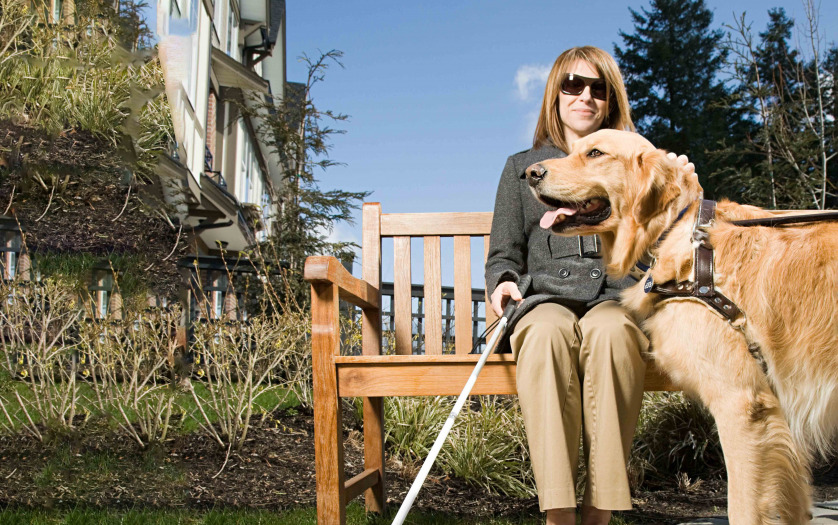 Blind who are blind or have low vision can struggle to get healthcare information in a suitable format, a charity says.

The Royal National Institute for the Blind (RNIB) said patients risked missing out on treatments because of the problem, reports the BBC. It warned that relying on others to read documents for them was a breach of medical confidentiality. The Scottish government said it expected health boards to provide accessible information.

Report author Laura Jones said there was danger blind or partially-sighted people could miss appointments or fail to fully understand their treatment.

“This can put patients at risk of missing treatment as well as being confused or misinformed about their healthcare needs,” she said.

“The NHS itself puts great emphasis on the cost, in money and time, of missed appointments to over-burdened clinics. So giving patients accessible information makes sense.” Ken Reid, who has been blind for more than 30 years, said he often found the system frustrating.”I had to go in for an operation. All the materials about the operation were in print. I didn’t know what was going to happen, didn’t know how long it was going to take. I didn’t know anything about it,” he said.

“But what was most critical was that afterwards, when I was sent home, I was given a paper document that told me what I was supposed to do to look after myself.

“I got an infection I and am pretty sure that was because I had no idea how to care for my wound. I was doing what I thought was right but it didn’t seem to be good enough. Other patients have reported being sent letters requesting confirmation of appointments which meant they could be sent to the bottom of waiting lists for not replying.

The report is published almost 10 years since the passing of patient rights legislation which stated: “You have the right to be given information about your care and treatment in a format or language that meets your needs.”