Girl misses school because of lack of accessible toilets 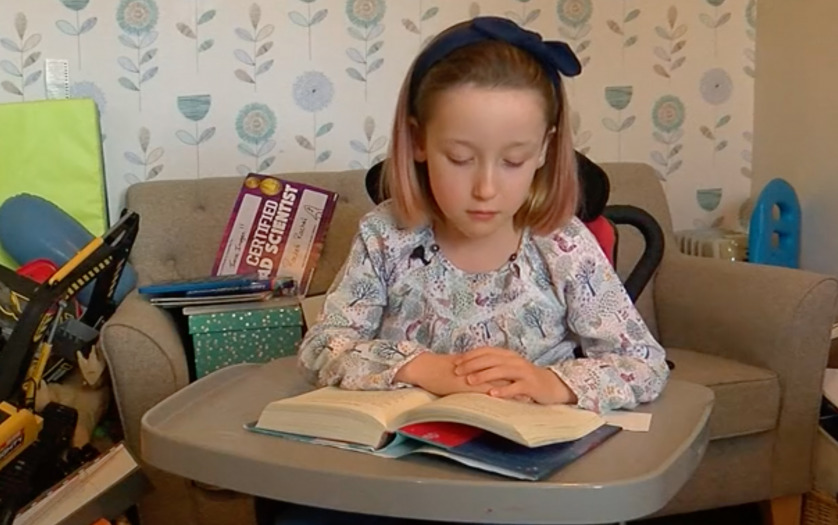 An eight-year-old girl has been home-tutored for 20 months because of a lack of accessible toilets in schools in Monmouthshire, Wales, BBC reports.

Imogen Ashwell-Lewis has cerebral palsy and has not been able to find a school with suitable facilities since leaving Rogiet Primary in June 2018. Monmouthshire council said it was following Welsh Government guidance.

A disability charity said many parents of disabled children felt their youngsters were “a bit of an afterthought”. Imogen’s mum Catherine Ashwell-Rice, from Caldicot in Monmouthshire, said her daughter left Rogiet Primary after she raised a series of concerns.

These resulted in her bringing a disability discriminatory appeal at a special educational needs tribunal for Wales. The council said it had worked “with all agencies and Mrs Ashwell-Rice to resolve the situation in 2018”. But Mrs Ashwell-Rice said she had learnt Rogiet is the only Monmouthshire school with a child accessible toilet – and she has had a 20-month battle to get Imogen into another school. “Some of the schools were unsuitable because of the physical make up of them,” Mrs Ashwell-Rice said. Despite promises adaptations would be made to a number of schools, the situation remained unresolved.

Monmouthshire council is paying for home tuition for Imogen for three hours, four days a week. Mrs Ashwell-Rice said the last few months been “an emotional rollercoaster” for herself and Imogen. “Every time we think we’ve got a school and that things are going to move forward, we discover that the adaptations can’t be made, or that we’re promised they’ll be done and they haven’t.