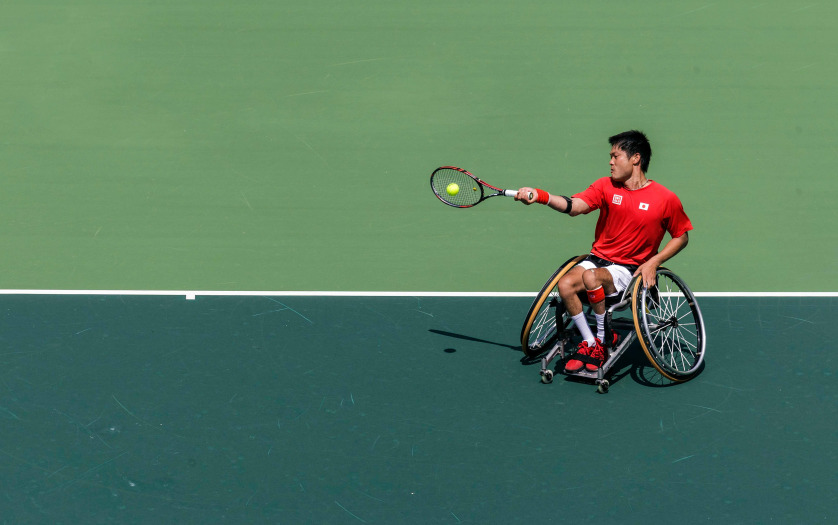 “Esther is the best player in wheelchair tennis, so it is a big honour, yeah, same, equal the Grand Slam title,” said Kunieda.

“I don’t care about (the) record. This is a big victory because I couldn’t win a Grand Slam last year. Now my age is 35. The rivals are very young. Sometimes I was feeling I don’t have any more chance to win a Grand Slam. So (I am) very happy, yeah.”

It’s a 23rd singles Grand Slam for him, but first since Roland Garros in 2018. He’ll maintain his position as the world No.1.

It’s a significant year for all wheelchair players with the Tokyo Paralympics set for late August, but even more so for Kunieda and Kamiji, who are well-known Para athletes in their home country.

It’s the first year in wheelchair tennis that athletes can complete the Golden Slam – winning all four majors and the Paralympics. In the past, calendar dates did not allow the US Open to hold a wheelchair tennis event in a Paralympic year, and just last year Roland Garros and Wimbledon added quad wheelchair events.