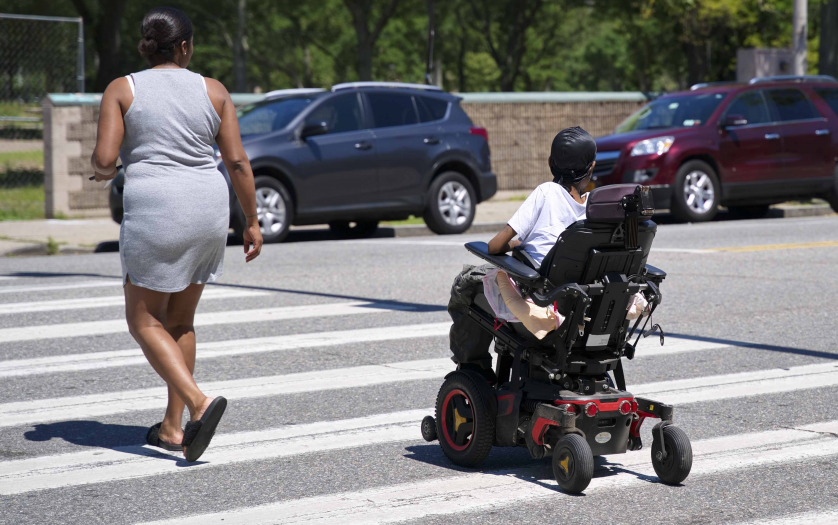 Officials  and civil servants who help plan city streets were be given the chance to share the experience of blind and disabled people who face obstacles every time they go out, Edinburgh news reports.

A group of charities has organised the event which will see 15 senior public service staff accompany people with a range of complex needs around the congested area beside the Omni Centre at the top of Leith Walk.

Organisers praised Edinburgh City Council for its ban on pavement A-board signs and the Scottish Parliament for legislating against cars parking on pavements. But they claimed more needed to be done to raise awareness of the problems faced by people with visual or other disabilities.

And they said everyday obstacles included bins left on pavements or in the street, overhanging signs and cycle lanes where there was nothing to warn people who might not be able to see cyclists approaching.

The event involved sight-loss charity RNIB Scotland, Spinal Injuries Scotland and Guide Dogs Scotland and is being hosted by We Walk, We Cycle, We Vote, a collaborative campaign calling for more investment in walking and cycling.