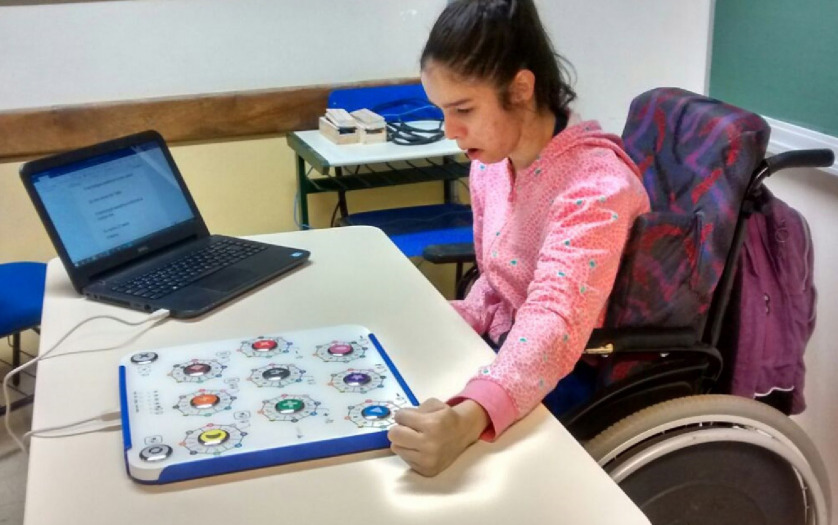 Julia, 9, was born with cerebral palsy. Four years ago, she wasn’t attending her school in Brazil much, as her teachers simply couldn’t measure how much she was taking in. But that all changed when she was introduced to the Key-X multifunctional smart keyboard, an assistive technology tool that empowers people of determination to use tablets, computers and smartphones with adapted hardware and accessories, The National writes.

The Key-X was developed by a company in Brazil called Key2enable and allows children and adults with all manner of disabilities to communicate and learn in a way they were never able to before. “Because of Key-X, I can write, study and even play with my computer,” Julia says in a YouTube video introducing the tool.

She now attends class with her peers, is a keen Angry Birdsplayer and became one of the best maths pupils in her age group at her school, all because she is able and eager to study and explore the internet in her own time. Alison, 12, is another success story. He was born with cerebral palsy, is unable to hold a pencil and cannot talk, but thanks to his school’s decision to adopt the Key-X technology, he started learning fast and furiously. Within weeks of using the keyboard, he asked his teacher if he could write a book about a child who wants to make the world a better place. It was published last August.The nine-button keyboard may look complicated, with all its colours and symbols, but it’s actually easy to use. You simply plug it into your computer and, to write a letter or a number, you need only press a combination of two coloured buttons.

To access the mouse, you press “X” three times and then use the brightly hued buttons to move the cursor around. There are also additional devices that make the tool accessible to people with more severe disabilities, such as the a-blinX, which allows you to communicate with a blink of the eye, and the TelepatiX, which can write or vocalise sentences using the smallest possible movement.