Directors Use Own Experience to Tell Moving Stories About Disability 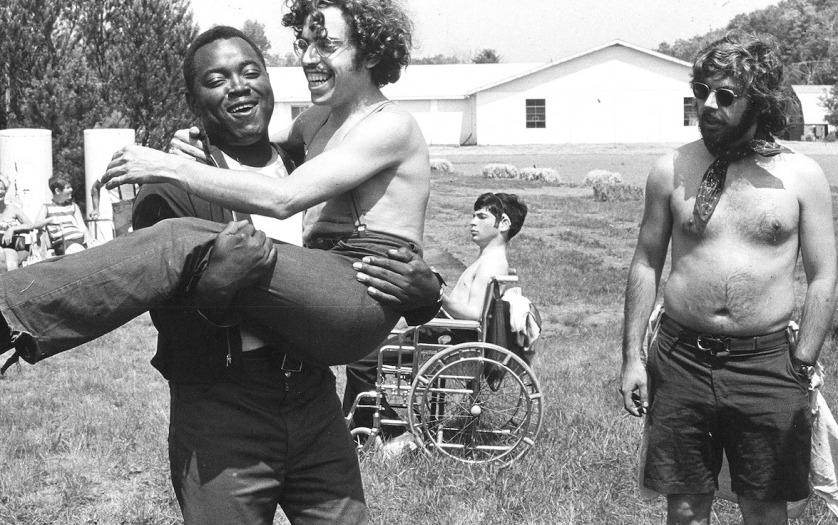 Witnessing the beginnings of the disability rights movement at Camp Jened almost 50 years ago, James Lebrecht is bringing his experience of a pivotal moment in U.S. history to Netflix with his directorial debut, Crip Camp.

Co-directed by Lebrecht’s longtime colleague Nicole Newnham, the documentary delves deep into the history of Upstate New York’s ramshackle summer camp for teenagers with disabilities, explaining how it planted the seeds of a revolution.

Executive produced by Barack and Michelle Obama, the film emerged following extensive conversations between its directors about Lebrecht’s experiences as a teenager. “[Jim] sound mixed and designed three of my films, and over the years he started sharing with me stories about his community. He started becoming a more and more vocal advocate for disability rights, and representation of people with disabilities, and over the course of having conversations, Jim started pitching me stories that he thought should be told from his community,” Newnham said, sitting down with Lebrecht yesterday at Deadline’s Sundance Studio. “When he mentioned the idea of this hippie, utopian camp that he went to, down the road from Woodstock in the ’70s, I was so intrigued. Even just the thought of it was something that wasn’t on my radar at all, as a kind of story that could be told.”

Initially, Lebrecht had thought about exploring what he referred to as an “exodus” of his Camp Jened peers from New York out to Berkeley, California. “I had this idea that there’s got to be a story here. Indeed, there was, and that was the establishment of the Center For Independent Living in Berkeley,” the director said. “But the story was so much bigger than that.” “It’s this liberating experience, full-of-joy, wild hippie mayhem, teenagers coming into their own. But it was such a profound, transformative experience for [Jim and his peers] that the power of that camp went on to create the movement in Berkeley, and then this epic takeover of the Federal Building in 1977 that really brought civil rights for people with disabilities, and changed the world for all of us,” Newnham added.

Disability advocates are disgusted by the ‘degrading’ and ‘dehumanising’ use…

Screenability filmmakers destined for the big screen in 2021