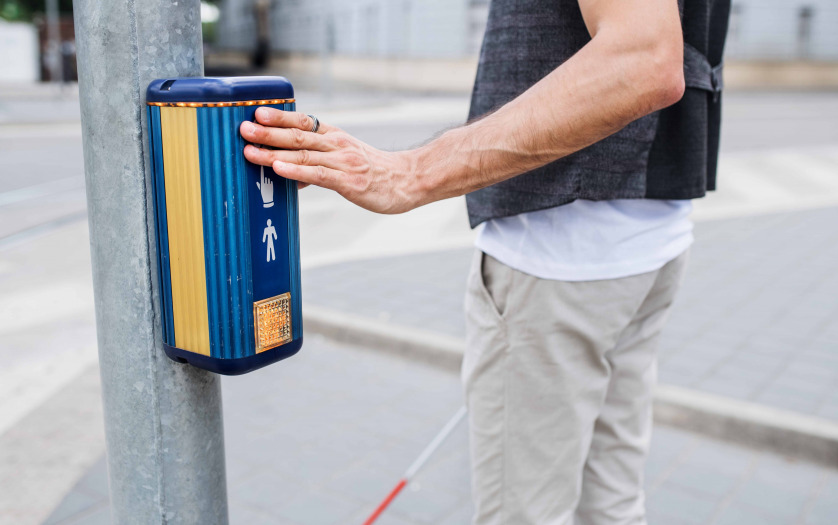 Wellington City Council is being accused of a “Blind Citizen Eugenics Program” amid reports of people with vision disabilities risking their lives crossing at silent pedestrian signals.

It’s understood stickers have been plastered on all broken signals across the city which read: “Absolutely Positively Wellington. Blind Citizen Eugenics Program. By neglecting to maintain audible pedestrian crossing signals, we can reduce the cost of supporting people with disabilities, creating fantastic savings for the ratepayers.”

The stickers are on a yellow background with black font and look very similar to the council’s branding. Wellington City Council spokesman Richard MacLean confirmed they would be removed.

“Quite a lot of people will probably find the sentiments expressed to be highly offensive and distressing – and we don’t want people thinking the stickers were put up by the council.” Callum McMenamin has low vision and publicly drew attention to the issue earlier this year.

He would neither confirm nor deny that he was behind the signs but supported the point they made.

“Being provocative is sometimes necessary where there is an actual threat to life – you need to get people’s attention.” McMenamin said it was a guessing game crossing at an intersection with inaudible signals.

A fund to support candidates with disabilities to participate in…