Afghan Girl Draws Pictures With Her Mouth and Supports Family 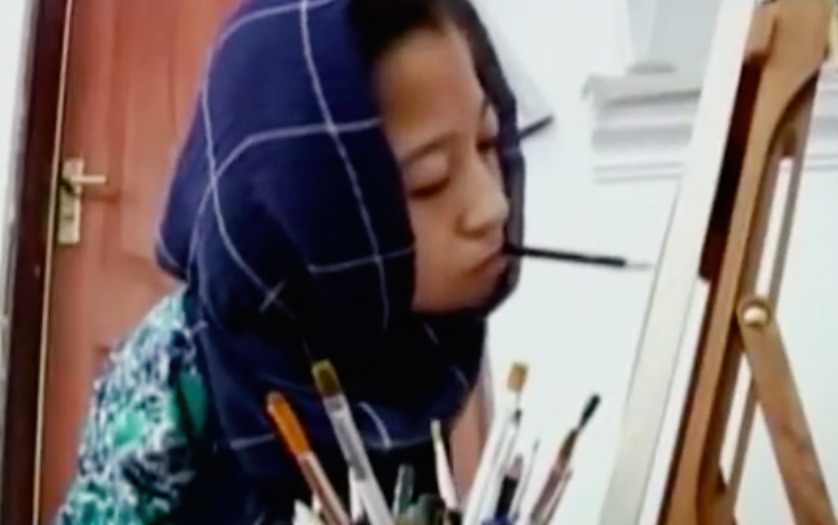 A young Afghan girl with paralysed hands and feet makes a living for her family by selling the paintings she draws with her mouth, Anadolu Agency reports.

Rubaba Muhammadi, 20, who has painted a total of 250 pictures since her childhood without taking any formal education, also gives painting lessons to about 25 people, including people with disabilities in her home.

“I started painting by being influenced by a rose that I saw on television,” Muhammadi told Anadolu Agency, saying being paralysed is not an obstacle for her.

“People in my condition should never lose hope”, she said, adding: “There is nothing they cannot achieve by making efforts.” Expressing her love for Turkey, Muhammedi said: “My biggest dream is to settle in Turkey and open a painting exhibition.”

Noting that she painted a picture which depicts the defeated coup of July 15, 2016 in Turkey, Muhammadi said: “I really wanted to give this to Turkish President Recep Tayyip Erdogan. I handed it over to our own president, and he promised me that he would give it to Erdogan.”

Ankara accuses his organisation of being behind a long-running campaign to overthrow the state through the infiltration of Turkish institutions, particularly the military, police and judiciary.

The captain of Afghanistan’s wheelchair basketball team found a new…

Sign language will be identified as a recognized language in…

People with vision disabilities are worried about the spread of…

The cabinet in Thailand has approved in principle a proposal…