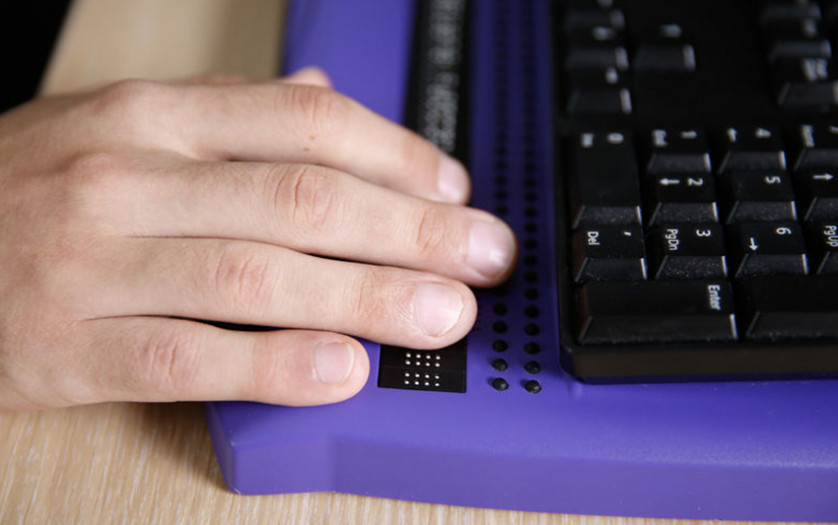 Being marked for only the second time ever, World Braille Day on Saturday raises awareness of the importance of the tactile global communication system which helps enable people who are blind and low vision, to realize their full human rights.

It is estimated that approximately 2.2 billion people have a vision disabilities, according to the Worth Health Organization (WHO), a billion of whom have either not had their condition addressed, or whose impairment could have been prevented.

People with vision disabilities are more likely than those without, to experience higher rates of poverty and disadvantage.

Not meeting their needs, or fulfilling their rights, has wide-reaching consequences: vision loss often represents a lifetime of inequality, poorer health, and barriers to education and employment.

Braille brings written language to the forefront as a critical prerequisite for promoting fundamental freedoms. The system relies on touch to recognize alphabetic and numerical symbols, using six dots to represent each letter and number and even musical, mathematical and scientific symbols.

The 2006 Convention on the Rights of Persons with Disabilities, which has advanced the rights and well-being of persons with disabilities, considers Braille essential for education, freedom of expression and opinion, access to information and social inclusion.

The 2030 Agenda for Sustainable Development, adopted in 2015, further pledges that no one will be left behind in the aim to ensure that all human beings can enjoy prosperous and fulfilling lives.