Japanese Coffee Chain Treats Employees with Disabilities on an Equal Base 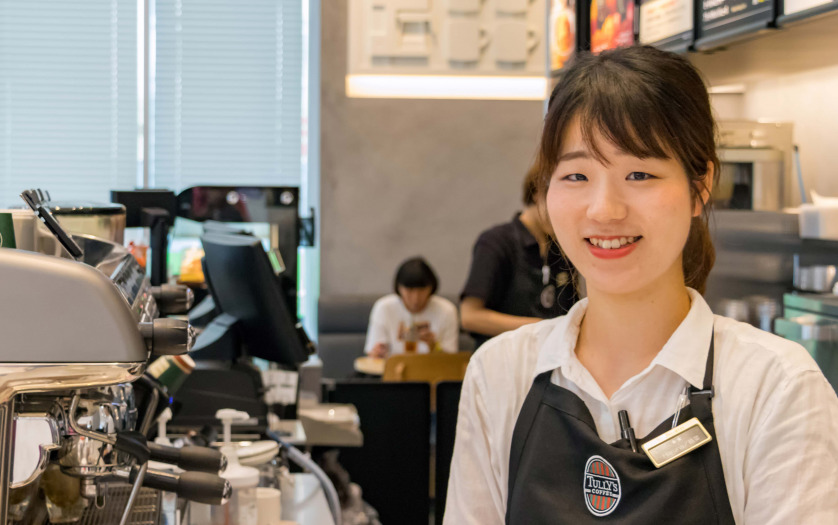 Companies in Japan are putting more effort into placing employees with and without disabilities in the same workplaces, and the practice is spreading across the country, The Mainichi Shimbun reports.

At Tully’s Coffee Japan Co., the roughly 40 people with disabilities among the staff use a support system devised from the employees’ suggestions and organised by officials including those in charge of the firm’s headquarters and branches. In the case of Tully’s, most employees with disabilities are intellectually disabled.

On an October day in Tokyo, a 20-year-old Tully’s employee asks a customer in front of the register, “May I take your order?” She has an intellectual disability, and has been working at Tully’s for three years now. “With the help of my co-workers, I enjoy working here,” she said with a smile.

Her duties include washing dishes and attending to customers; she is also currently training to become a barista. “I’m making them (drinks) while being taught, but I would like to be able to prepare them on my own,” she said.

Tully’s opened its first Japanese outlet in 1997 and now operates about 700 branches in the country. It began hiring people with disabilities in 2009. Initially they were assigned to help with office work at the company’s headquarters, but as the volume of work was limited, Tully’s could not hire many disabled people and it soon became a necessity for them to be assigned to branches instead.

Employees with disabilities, like any other staffers, start out at branches washing dishes and gaining experience in tasks that do not bring them into direct contact with customers. Their responsibilities then gradually increase, including duties such as attending to customers and becoming a barista.

Business leaders, government representatives and disability campaigners are marking the…