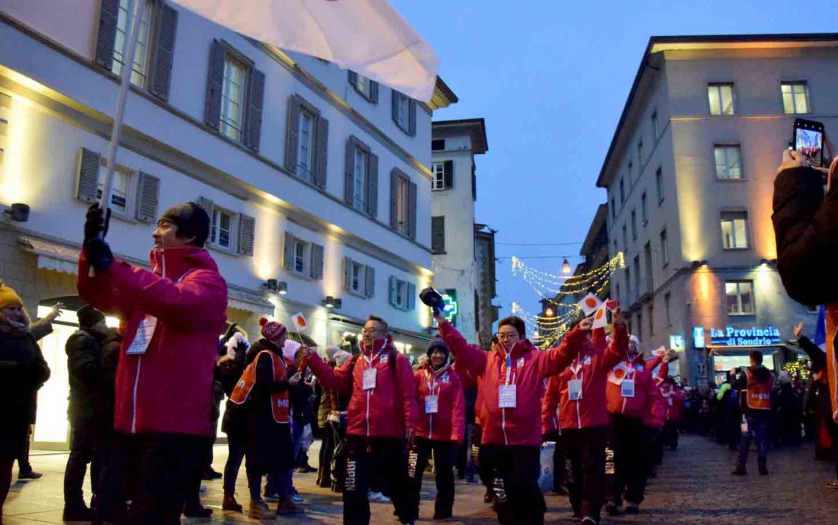 The Opening Ceremony of the Winter Deaflympics was held in Sondrio, Italy as the competition continued.

33 countries paraded and many surprises happens with public institutions: fire games, dance with LuxArcana and DDDance of Chiavenna, LIS poetry with Fabio Giuranna.

The mayor of Sondrio, Marco Scaramellini, has opened the Winter Deaflympics with LIS and Silvia Mezzanotte sang the italian anthem with students in LIS.

Also Deborah Compagnoni, the best skier of Italian history, was there: she’s born in Santa Caterina and said she’ honored to be the godmother of the event.

The Deaflympics were originally called the “International Games for the Deaf” and the first games were held in Paris in 1924. This was the first international sporting event held for athletes with a disability.

The whole Ceremony was accessible for people who are deaf or hard of hearing.

Action in these sports – skiing, ice hockey, snowboarding and Alpine skiing are scheduled to begin tomorrow, with chess also getting underway.