Robot with AI could help people with disabilities gain independence 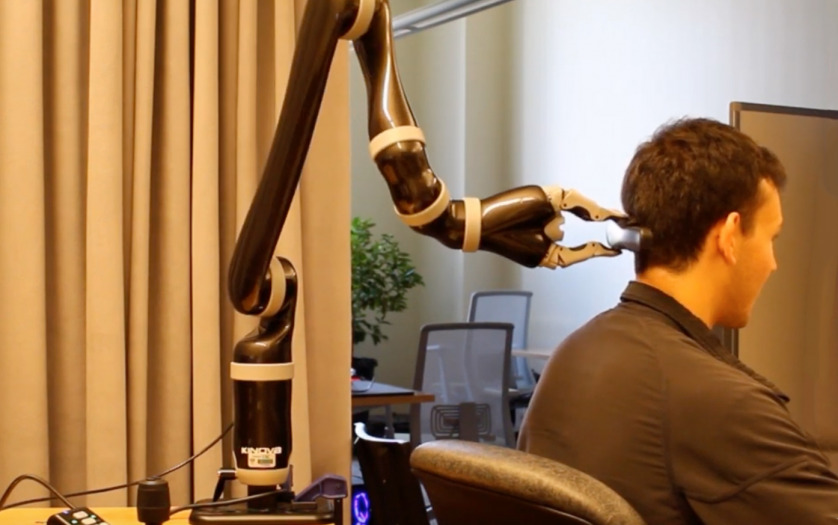 Researchers from the University of Southern California have created a hair-combing robotic arm capable of brushing people’s hair, reports Fortune.

Computer science professor Stefanos Nikolaidis, from the University of Southern California, said he was inspired to work on the project after having spent time with stroke survivors. Interviewing them about tasks with which they might want help, many stroke survivors, particularly women, he said, mentioned the desire to have someone—or something—to help brush their hair.

“The task, which involves a different range of motion for each individual’s head and hair as well as a delicate control around how far into the hair to insert a comb so that it brushes the hair effectively without causing injury, is actually not a trivial task for a robot to master” said Nikolaidis.

The robot uses a camera to create a 3-D map of the back of a person’s head and hair so it can plan how to brush efficiently. A special copper comb, equipped with a sensor that can detect when the comb comes into contact with skin, is used to prevent the robot from harming the person whose hair it is brushing.