Protest by Persons with disabilities for Railway jobs 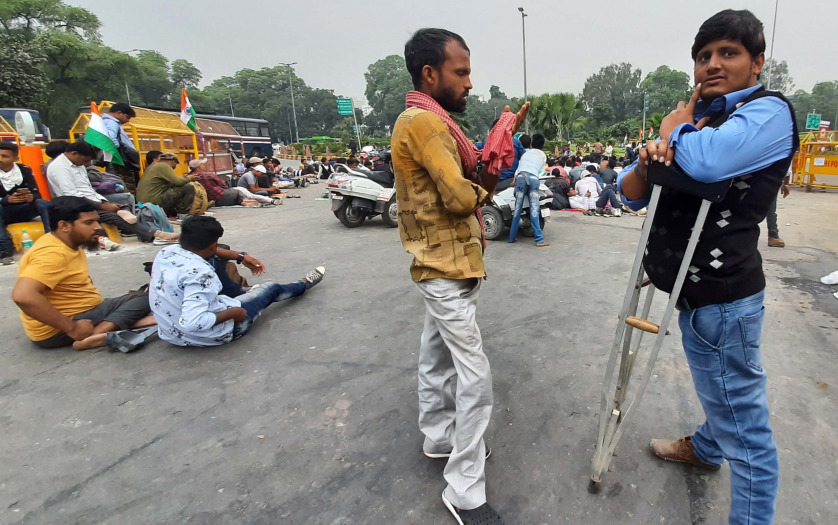 In latest, persons with disabilities have protested outside Mandi House against Railways for not giving them promised jobs, leading the police to divert the traffic which caused jams in and around central Delhi.

About 200 protesters, some with crutches — carried banners saying, “Indefinite Hunger Strike Against Railway!” They were seeking a meeting with railway officials to their demands.

The protest was being held due to concerns of around 7,000 candidates who cleared the 2018 Railway Recruitment Board Group D examination. The result, which was declared in March 2019, was reportedly declared invalid, with a number of seats reserved under disability category.

There were reportedly concerns that there had been no proper communication by the Railway board on this matter.