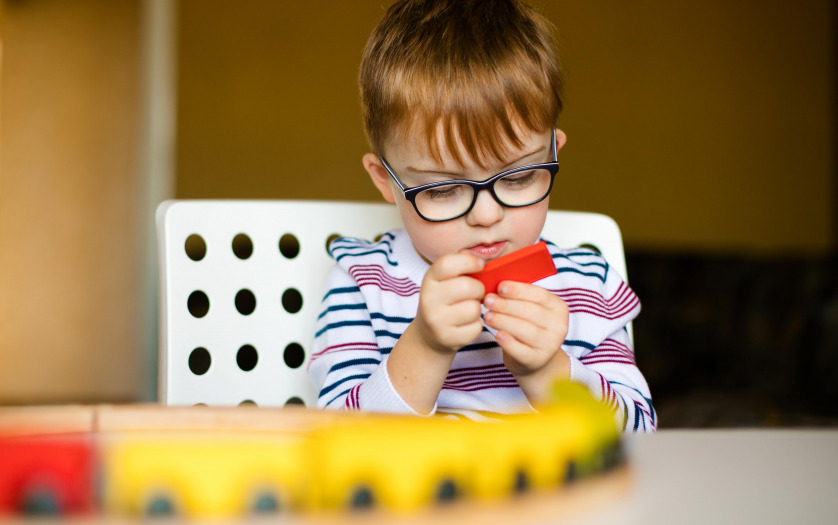 Researchers from the Vanderbilt Bill Wilkerson Center and the Marcus Autism Center at Emory University School of Medicine are partnering to study musical rhythm synchronization as a part of social development and how it’s disrupted in children with autism spectrum in hopes of developing music interventions for improving social communication.

The study is part of the Sound Health Initiative, a series of research projects aimed at advancing understanding of music’s mechanism in the brain and how it may be applied more broadly to treat symptoms of disorders. The initiative is a partnership between the National Institutes of Health (NIH) and the John F. Kennedy Center for the Performing Arts, in association with the National Endowment for the Arts.

Using eye tracking technology, the project will examine how toddlers with autism and typically developing children focus their visual attention in response to social musical interactions. The children will watch a series of videos that use infant-directed singing -; a type of musical interaction often used by caregivers that emphasizes rhythm and predictability -; to track where and when they look at the screen.

Preliminary data from the researchers’ prior studies suggests that when a caregiver sings to a child, children are more likely to attend to the eyes of the singer during the predictable, rhythmically important moments of the song. Singers are also particularly expressive during those moments, and the combined expressions and predictability modulate looking behaviors in children.

“There are many music-based treatments for autism, and many people with autism seem drawn to music. But there is a crucial need to test – and refine – these treatments,” said Camarata. “Dr. Lense’s work will help inform clinical trials and, ultimately, provide better treatment for children with autism.”