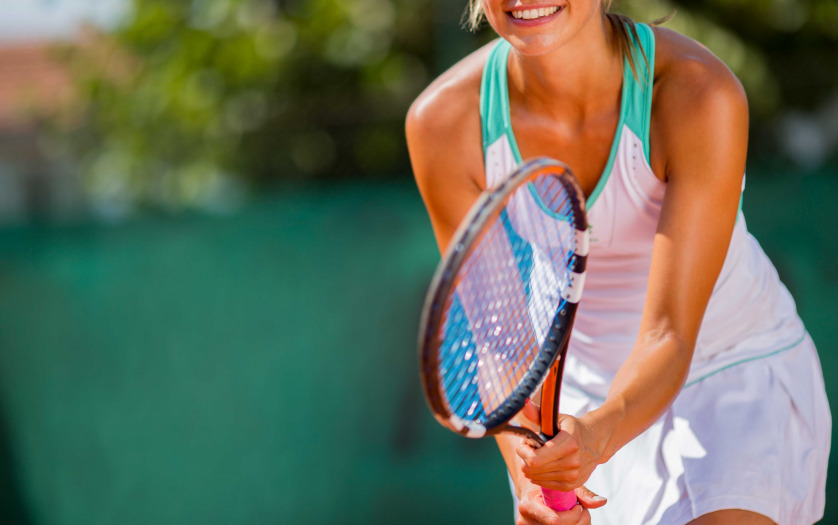 From modified courts, to sound-adapted tennis balls, a new program in Queens is helping people with vision disabilities get on the court, CBS reports.

They’re learning to play tennis just like anyone else. Fritz Lauture never thought he would experience this again – the joy he gets from playing tennis. “It’s absolutely awesome. I was a very avid tennis player prior to this vision change,” the 55-year-old Upper West Side resident said. Since birth, the Manhattan man always had eye problems, but in 2001 he says both of his retinas detached overnight – causing him to lose 90 percent of his field of vision and preventing him from playing most sports – until now.

“What this reaffirms to me is that, yeah, I will play tennis again. It’s just not the way I used to, but I still can do it and that’s a wonderful feeling to have when everything is dark.”

Court 16 is launching its new “Sound of Tennis” program at its state of the art Long Island City facility. They’re teaching visually impaired people how to play tennis. For many, it’s their first time trying the sport. It’s a sport, I never thought I could participate it because I assumed it was only performed by sighted people,” Dennis Farrow of Valley Stream said.

“It brings a new sport to visually impaired people and it’s not just about the tennis, it’s about getting people out of the house and fit,” Ilias Catsaros added. The building includes four indoor tennis courts. The founder says it’s the first in the country to use LED lights as lines.