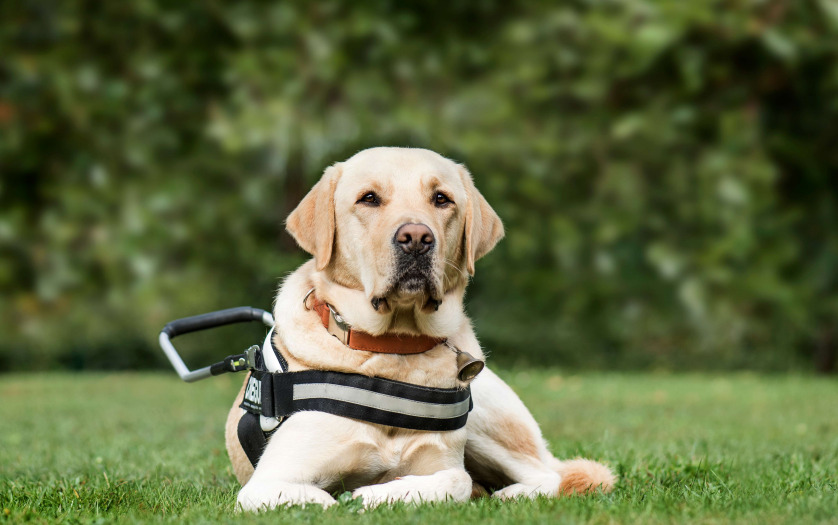 The first time Ruby Muldowney met her dog, Chip, was when he came to her Co Offaly, Ireland  home in the company of another dog, Dougal, The Irish Examiner writes.

Nuala Geraghty, founder and CEO of Mallow-based Autism Assistance Dogs Ireland (AADI), had brought the two dogs to see which would better suit Ruby. The 10-year-old has autism and a rare genetic condition called IDIC15. She has delayed speech, low IQ for her age, poor muscle tone and is hyper-sensitive to sounds and stimuli that most people take for granted in their daily lives. The connection was that immediate. — Chip, a very obedient yellow Labrador who listens intently, seemed like he was right for Ruby. But first he had to go through more intensive training than an autism assistance dog would typically have had at that stage.

As her parents hoped, Chip’s helping Ruby create better connections socially. “She walks proudly beside him. People come up to her and ask her about Chip and she says ‘yes, he’s my dog’. She’s more talkative now — she’ll talk to anybody about Chip. Her gaze used to look to the side, not at the person. Now she’s looking at them, trying to explain, and she’s more focused on people’s questions.” they say.

With one in 65 children in Ireland having autism, demand for assistance dogs is “just massive”, says Geraghty, who set up AADI in 2010. Since then they’ve placed assistance dogs with approximately 37 families but they have 80 families on their waiting list and get about 10 enquiries a week. The organisation started a breeding programme a few years ago and they hope to expand this to about 10 breeding dogs, which will supply some of the demand.

Dogs are well-known as “man’s best friend.” The American Kennel…