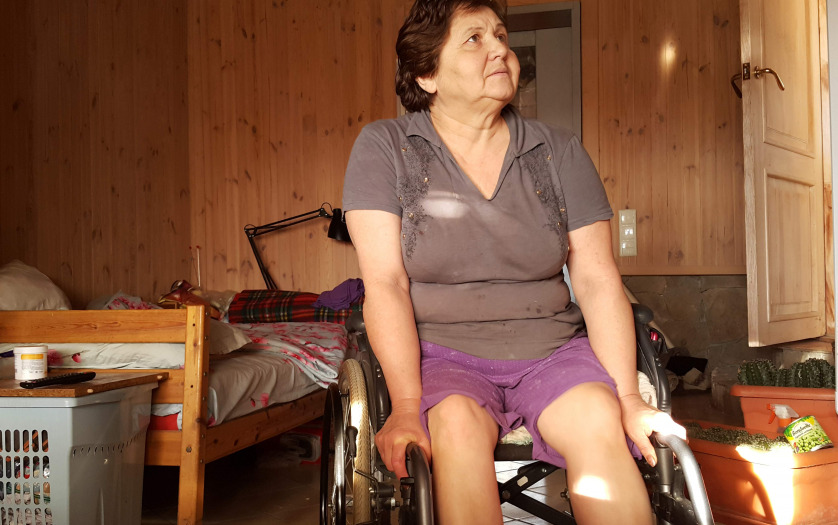 In the state with the highest number of disaster declarations, many Oklahomans with disabilities don’t have a storm shelter.

John High knows that when he hears a tornado siren, he’s on his own. “I just pray. That’s all I can do,” High says while sitting in his motorized wheelchair at his home in Norman, Oklahoma.

That’s because he doesn’t have a safe place to go.  “One person told me ‘put on a football helmet and go in your kitchen.’ I got a window in every room of this house, so there’s really no place for me to go. That’s why I’m trying to get a shelter,” he said.

High chose the house he has rented for more than a decade because of its proximity to a public school that was a designated public shelter. From his driveway, High can see the school just down the street. But most public shelters, including that one, were shut down a few years ago, leaving Oklahomans like High to fend for themselves.

The gold standard for people who live in tornado-prone areas is a storm shelter. They range in price from a few thousand to tens of thousands of dollars, depending on the size and materials. The base model is basically a concrete box set into the ground, usually in a backyard. But it requires people to go down a set of steep stairs that is not wheelchair accessible.

Halil, Langoya, and Kenneth are among the few people with…