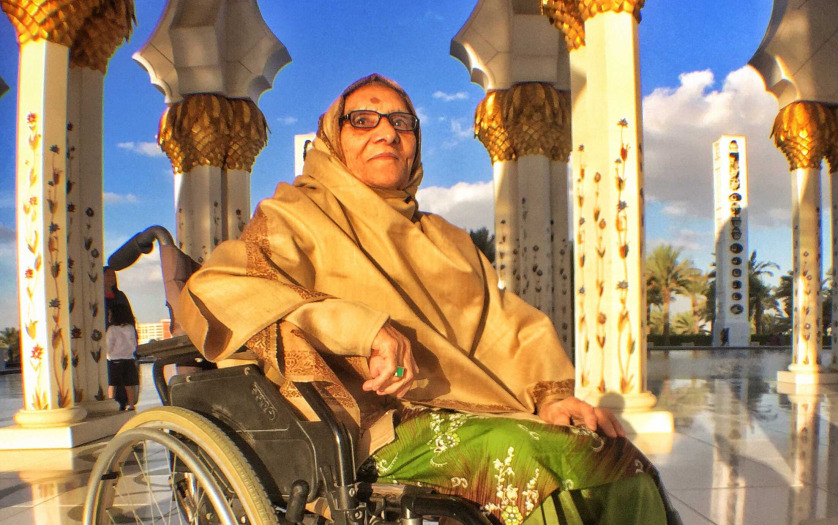 Mingling with the roar of airplanes, Azan, the call to prayer, pours forth from the Jami’ Al Akbar Mosque at the Yogyakarta International Airport complex. Amidst the congregation of Friday worshippers, Bahrul Fuad sits quietly in his wheelchair. Until recently, a scene like this was almost impossible to imagine: Bahrul’s wheelchair would have been barred from the mosque.

Islamic thought has long treated shoes and sandals—and wheelchairs—as bearers of impurities from the street that must not be allowed to pollute a place of worship. Like shoes and sandals, wheelchairs must therefore be parked outside, leaving those worshippers to crawl or be carried into the mosque. Yet on this day, Bahrul was able to worship from the dignity of his wheelchair. The ban on wheelchairs entering the mosque has been lifted, and Bahrul played a central role.

The key that opened the door to change was fiqh, or Islamic jurisprudence. While divine law is immutable, fiqh is the realm of human interpretation that applies the law to morals, rituals, and social legislation. Fiqh is considered to be changeable, and, at times, fallible. It is often used as an example of how Islam encourages continuous inquiry, ijtihad, to adapt principles of justice to new contexts and circumstances. Bahrul was instrumental in assembling a group of Indonesian Islamic scholars to reconsider the Islamic jurisprudence of disabilities. The results of their work are changing the way the government and society view people with disabilities, especially their equal right to worship.