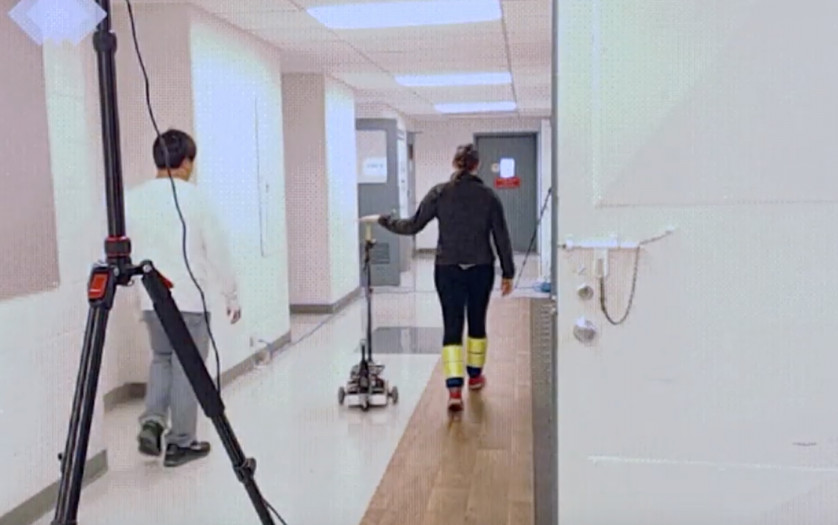 New York – By adding electronics and computation technology to a simple cane that has been around since ancient times, a team of researchers at Columbia Engineering have transformed it into a 21st century robotic device that can provide light-touch assistance in walking to the aged and others with impaired mobility.

A team led by Sunil Agrawal, professor of mechanical engineering and of rehabilitation and regenerative medicine at Columbia Engineering, has demonstrated, for the first time, the benefit of using an autonomous robot that “walks” alongside a person to provide light-touch support, much as one might lightly touch a companion’s arm or sleeve to maintain balance while walking. Their study is published today in the IEEE Robotics and Automation Letters.

“Often, elderly people benefit from light hand-holding for support,” explained Agrawal, who is also a member of Columbia University’s Data Science Institute. “We have developed a robotic cane attached to a mobile robot that automatically tracks a walking person and moves alongside,” he continued. “The subjects walk on a mat instrumented with sensors while the mat records step length and walking rhythm, essentially the space and time parameters of walking, so that we can analyze a person’s gait and the effects of light touch on it.”

The light-touch robotic cane, called CANINE, acts as a cane-like mobile assistant. The device improves the individual’s proprioception, or self-awareness in space, during walking, which in turn improves stability and balance.