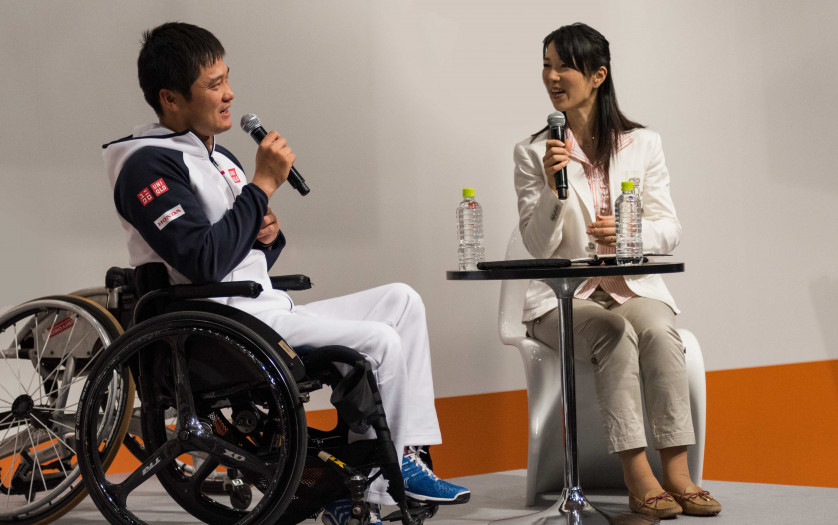 With Gustavo Fernandez and Shingo Kunieda having both won the British Open men’s title over the last two years, the world No. 1 and world No. 2 served up in Nottingham a rematch of their recent Wimbledon wheelchair tennis final.

Japan’s defending champion came from 2-1 down to take the opening set, putting away his second set point with a short cross-court forehand winner.

The second seed continued in the ascendancy and served out to love to earn a second 5-3 lead. Drama ensued as Fernandez kept alive his hopes of a second British Open title in three years with a scintillating backhand down the line winner.

But a cross-court forehand pass set up Kunieda’s second championship point and Fernandez finally succumbed as he hit his next forehand return into the net to give Kunieda a 6-3 6-4 victory.

After claiming his seventh British Open men’s title, Kunieda paid tribute to his opponent. He said:

“Today’s match was very important to me because I have lost two times in a row to Gustavo. Gustavo, you give me a lot of motivation and energy, so I want to improve more because of you. I have had many good results here, so it is a lucky place for me.”

By the time they met in the men’s singles final, Fernandez and Kunieda had already combined with great effect to win their first men’s doubles title together, defeating Brits Alfie Hewett and Gordon Reid 6-7 (5), 6-1, 7-5.