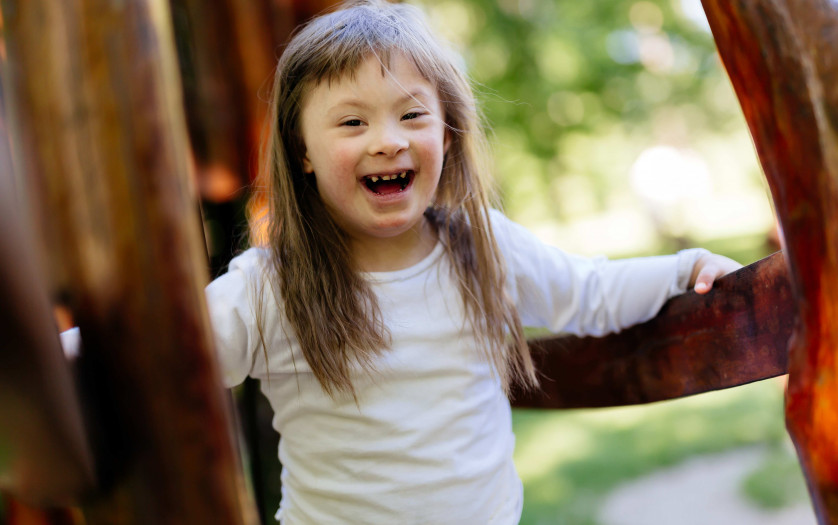 Within three months, Mārcis has acquired sign language and is able to sign mother, father and indicate what he desires to eat for lunch. “We wouldn’t understand what he’s saying, and he’d get angry. Now we’ve started understanding what he wants. And he’s more serene now. He asks for what he wants – bread, meat, sausage. We know what to offer him,” said Mārcis’ father Ivars.

30 families in Rīga and Liepāja are learning to sign as part of the European project. “Parents are as much involved in the process as their children, as we can’t teach a child to sign without teaching his parents,” said Ineta Kursiete, head of the Latvian Portage Association.

Funds have been allocated to bring in visual materials and learning programs from Germany and the UK. An eye-controlled computer is on the way from the US.

A child without communication skills is left outside of his family, outside his peers, and can’t say much of anything,” said Kursiete.

Every child has an individual plan created for him or her, and the weekly lessons progress in steps which respect every child’s individual priorities. At present, the Latvian Portage Association offers its framework of support for EU Funds. The association hopes, however, that the educational service will be included in the services covered by the municipality.

“We’d like to continue this endeavour. Not to exhaust the EU funds, bring the project to an end and cease providing our services. We have addressed the Welfare Department of the Riga City Council. We’ve spoken about contracts we could enter into once the project comes to an end, and the social services could buy this program,” said Kursiete.