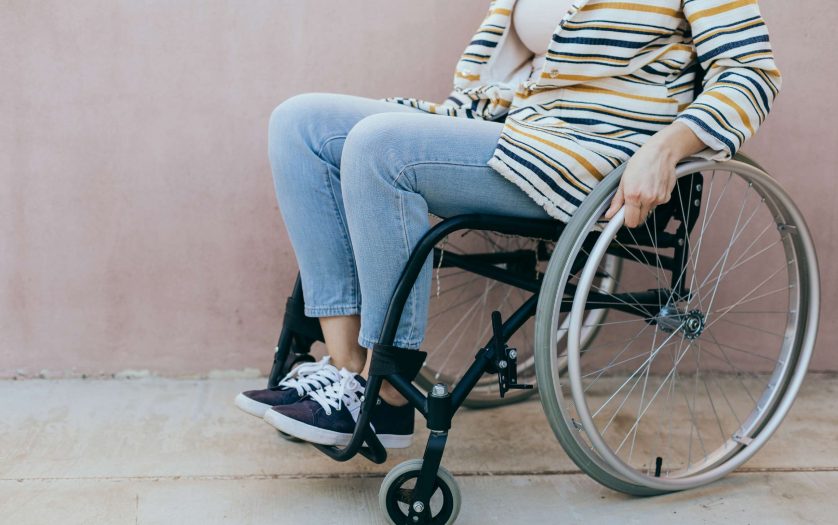 New research at ACU will uncover the unrecognised voices of people with disabilities and of women through two projects that have just received funding from the Discovery Early Career Researcher Award (DECRA).

The projects are situated in the Institute for Religion and Critical Inquiry and aim to fill in gaps in our understanding of the ancient world and its implications for current thinking.

Deputy Vice-Chancellor (Research and Enterprise) Professor James McLaren said, “Both these projects address important contemporary social issues. They are examples of impact-focused research that will have outcomes for the common good.”

Dr Kylie Crabbe will study how disability functions in the portraits of key early Christian figures and their receptions over time.

Her project, Inside Others: Early Christian Protagonists and their Impairments, has received $385,023 to generate new knowledge by intervening in disability readings of late antique literature, introducing a new category of impaired protagonists and constructing the first reception history of disability in early Christianity.

It intends to enhance Australia’s capacity in interdisciplinary studies of antiquity and contribute to critical reflection on the nature of impairment in light of urgent questions arising from the Disability Royal Commission and Covid-19 measures.

“Understanding the dynamics of disability and the core tension between disabling others and protagonists with impairments in historical sources through this project will illuminate a critical concern in contemporary life and public policy: it will help us to understand viewing impairment from the inside, to appreciate its complexity and contextual nature,” said Dr Crabbe.

Dr Dawn LaValle Norman will study the first women’s voices which served as intellectual role models in the ancient world.

Her project, The Female Voice in Ancient Philosophical Dialogues, was awarded $380,204

to produce a narrative of female intellectuals over 800 years of history.

The expected outcome is a new history of the role women played in the intellectual life in the ancient world, and a new understanding of how their voices were used as authorities on certain issues in philosophy and the good life.

Dr LaValle Norman said reflection on how this innovation was accepted historically will help modern attempts to advance the social cohesion of men and women, especially in the intellectual life.

“The Female Voice will provide the wider benefit of expanding our understanding of the long history behind the modern gender disparity in the study of philosophy. Recovering what ancient examples we do have of women represented as philosophers and exposing male ventriloquism (both positive and negative) of female voices will allow students to understand better the reasons for certain gendered biases in the field and thereby contribute to their obsolescence,” she said.