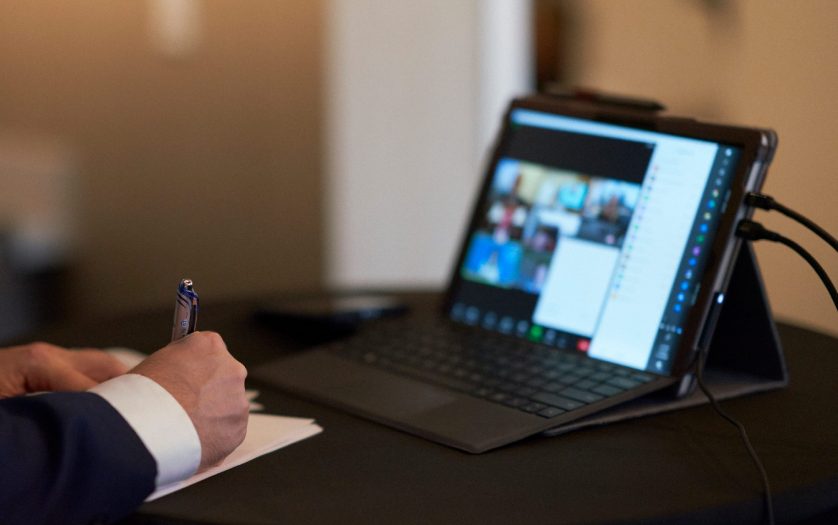 The Committee on the Rights of Persons with Disabilities closed its twenty-fourth virtual session, finishing the Estonia report.

Odelia Fitoussi, Rapporteur of the Committee, presenting a summary of the draft report of the twenty-fourth session of the Committee, said the Committee, among others, had adopted concluding observations in relation to the initial report of Estonia; considered three individual communications submitted for its consideration under the Optional Protocol to the Convention; decided to continue its work to prepare a General Comment on article 27 of the Convention, on the rights of persons with disabilities to work and employment; and dedicated two meetings to general discussion on article 27 with interested parties

Ms. Fitoussi added that the Committee had decided to engage with the Special Rapporteur on the rights of persons with disabilities and the Special Envoy on Disability and Accessibility, in relation to the incompatibility with the Convention, of the Council of Europe’s draft additional protocol to the Convention for the Protection of Human Rights and Dignity of the Human Being with regard to the Application of Biology and Medicine.  The Committee had further decided that its twenty-fifth session would be held in Geneva from 16 August to 10 September 2021, subject to confirmation by the Secretariat of the feasibility of an in-person session.  At that session, the Committee would consider the initial reports of Bangladesh, Djibouti, France, Jamaica, Japan, Lao People’s Democratic Republic and Venezuela.  Should an in-person session not be possible, the Committee Chairperson, with the support of the Secretariat, would decide on the appropriate course of action.

The Committee then adopted the report and the biennial 2019-2020 report of the Committee.

The concluding observations and recommendations on the report of Estonia will be available on the webpage of the session.

Rosemary Kayess, Committee Chairperson, in her concluding remarks, said the word ‘unprecedented’ was now synonymous with the pandemic, and this was definitely true for the impact of the pandemic on the work of Committee, and all treaty bodies.  The Committee had been unable to conduct any State party reviews in 2020, contributing to the human rights protection gap.  The key achievement for the twenty-fourth session had been the success of holding the Committee’s first online constructive dialogue with Estonia and undertaking the first online Day of General Discussion on the right to work and employment.  She thanked all those who had made this possible for their willingness to work flexibly.

The twenty-fifth session of the Committee is tentatively scheduled to be held from 16 August to 10 September.  If the Committee is able to meet in person, it is scheduled to consider the initial reports of seven States.  If the session is held virtually, it will take place from 16 August to 17 September, including the review of initial reports of two States.