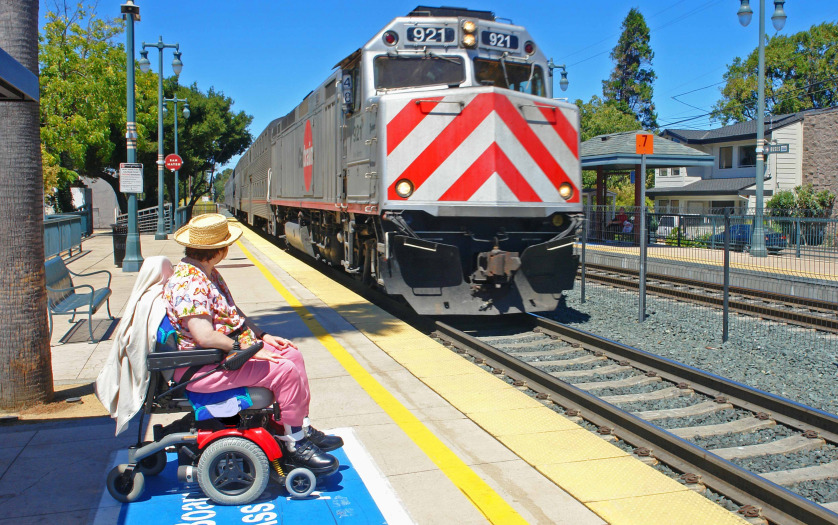 An independent advisory council chaired by retired District Court Judge Michael Forde has been established to advise the Queensland Government on accessibility for transport and road projects across the state.

Transport and Main Roads Minister Mark Bailey said the group would give a stronger voice to people with vision, hearing, physical or cognitive disabilities as well as older people, parents and youth justice groups.

Minister Bailey joined Mr Forde as well as Spinal Life Chief Advisor – Government John Mayo at Yeronga station, where construction on a full upgrade will commence in coming weeks, to make the announcement.

“As part of Queensland’s economic recovery plan, the Palaszczuk Government is investing an additional $136 million for accessibility upgrades at Bundamba, Burpengary, Banyo and Wooloowin train stations which will include full platform raising, setting a new standard for all future station upgrades to be delivered by Queensland Rail,” Mr Bailey said.

“This new funding means we’re now investing close to $500 million to make our stations across the south east more accessible, but we know more can be done.

“The existing approach to accessibility on road and transport upgrades has been piecemeal, and this new independent body will provide frank and expert advice on how we can make our record $23 billion pipeline of road and transport projects accessible for all Queenslanders.

“The establishment of the Queensland Accessible Transport Advisory Council (QATAC) will provide disability-sector representatives with an unprecedented opportunity for early and authentic consultation on all major transport projects.

“Unfortunately, with procurement of New Generation Rollingstock under the Newman Government, we have all seen firsthand what is inflicted on Queenslanders when there isn’t early consultation with the disability sector or sufficient consideration of disability standards.

“We won’t let that happen again.

“Mr Forde is well placed to chair the council with his 20 years’ experience as a barrister, 14 years with the District Court and experience as Commissioner of the NGR inquiry.

“The appointment of Mr Forde demonstrates the importance the Palaszczuk Government places on the council’s role, with the council to provide advice directly to the responsible Minister, as well the Director-General of Transport and Main Roads, and CEO of Queensland Rail.”

With the council now established and inaugural Chair appointed, an expression of interest process for membership has been launched and will run to mid-November.

The Australian Institute of Sport (AIS) will increase direct investment into…

Millions in grants to support economic and community participation

More than $75 million in grants is available to organisations…