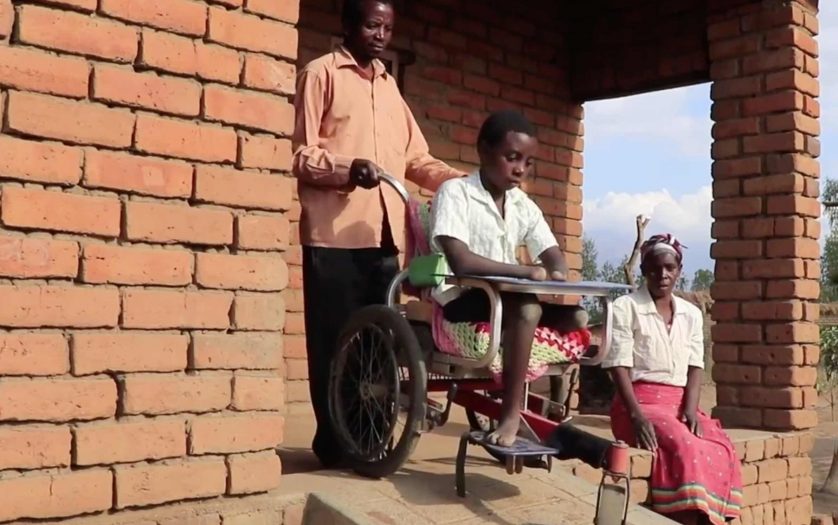 A nine-year-old boy born with deformities in his upper and lower limbs has become a source of inspiration in the local community and is the subject of a documentary that is being pitched for Australia’s ‘Focus on Ability Short Film Festival’ to take place in October.

Talandira Kogoya has only one functional leg and no hands but can play football, ride a bicycle, and do more.

Talandira’s self-taught skills were featured in a local documentary called ‘Chosen.’ The film has been nominated to be submitted to Australia’s ‘Focus on Ability Short Film Festival’ to take place in October.

Raising Talandira was not easy, recalls his mother, Agness Kogoya.

“Some women were laughing at me when they saw us riding on the bicycle to school. They would say that they wouldn’t bother to take such a child to school every day. I would just ignore them and say to myself, ‘this is a God-given child,” Kogoya was quoted as saying in a news report by VoA.

But attitudes in the southern Malawi community where the Koyogas live changed when he proved that being disabled does not mean being helpless.

“We are very proud of Talandira being engaged in competition. This will assist other parents to come out and expose their (disabled) children to various social activities, that they be assisted a lot, and they can achieve what they are expecting in the future,” Mbilisi, a social welfare assistant in Phalombe District, says Talandira’s case can serve as a new standard said.

Talandira says he plans to fly airplanes one day. “I want to be a pilot because they fly people to various destinations across the world. I also want to see those places.”

Malawi to roll out program to train sign language interpreters

Malawi government and its development partners discuss the need to…

The United Nations Development Programme (UNDP) in Malawi has donated…

In Malawi, organisations working on disability issues have jointly launched…

Blind people in Malawi get Covid19 information in braille

A local NGO in conjunction with the Malawi government has…