Workers with disabilities forgotten by government aid to employment 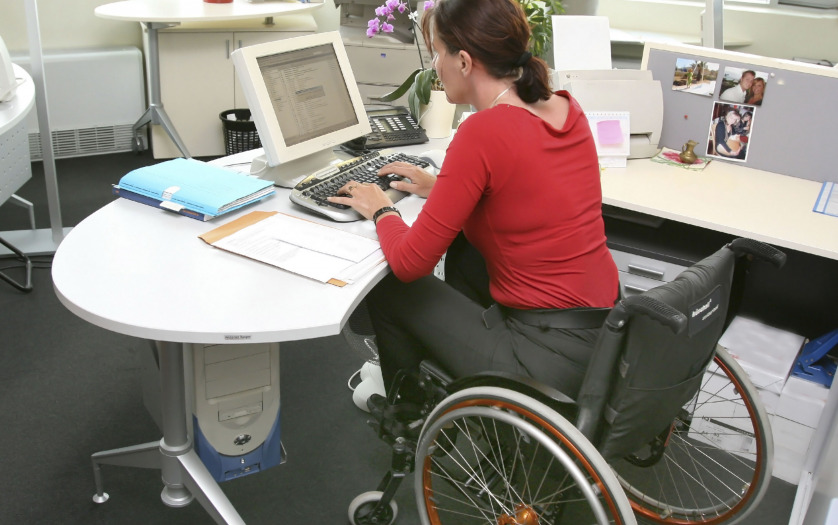 More than two years after the enactment of the Labor Inclusion Law, Chile exhibits 67% non-compliance, which implies that almost 40,000 persons with disabilities do not have the work that the law guarantees them, according to a report carried out by the ConTrabajo Foundation .

Law 21.015, in force since April 2018, establishes that companies and public organizations with more than 100 employees must reserve 1% of their workforce to hire persons with disabilities.

The report prepared by the Foundation crosses the data of the Labor Directorate and the Internal Revenue Service, revealing that, although the regulation is an important advance, in line with the international treaties signed by Chile, gaps persist.

According to María José López, director of the organization, in the current pandemic scenario, these gaps must be addressed with active public policies that consider persons with disabilities as part of the vulnerable groups of our country.

She recalled that, according to the latest National Disability Survey, “20% of Chileans have a disability and half of them belong to the two poorest quintiles of the population, which implies that we are facing the largest group of people in the world. Chile with a special condition that often goes unnoticed”.

According to the figures obtained, the number of persons with disabilities who have a valid employment contract as of June 30 (19,473) represents 33% of the 58,760 who should be working under the law. Of the 11,982 companies that must comply with the law, only 34.3% have registered contracts with the DT.

The report reveals that in these two years, 23% of the contracts obtained under the law have ended, which affected 6,002 people with disabilities. “It is revealing that 42% of these terminations occurred from October 2019 to June 30, 2020, while as of April 2020 no new contracts have been registered, which reveals the impact of the covid-19 pandemic on persons with disabilities, ”says López. “But it seems to us that the current situation is even more serious. To date, no public policy, subsidy or voucher has been proposed that, from its origin, targets persons with disabilities,”she warned.

López explained that, for example, the employment protection law excludes people who have a total disability pension, because that instrument prevents them from contributing to the unemployment insurance (AFC). Therefore, if your employer takes advantage of this law, there are no funds to cover the salary of these workers.

In addition, the director warned, the “bonus for the middle class does not consider persons with disabilities in a special way, leaving them out of this benefit when they do not have an average income equal to or greater than $400 thousand during the year 2019.”

López added that “the disability pension that persons with disabilities could be receiving today is $141 thousand per month and has a welfare purpose, since the disability itself constitutes an extraordinary expense for the family group. It is a mistake to consider that this money replaces the formal income of a person with an active labor disability ”.

For this reason, the director of the ConTrabajo Foundation called “the Government and Congress to promote public policies that guarantee the rights of people with disabilities, and companies that do not comply with the regulations to make additional efforts, either keeping those jobs or foreseeing new hires in the coming months ”.