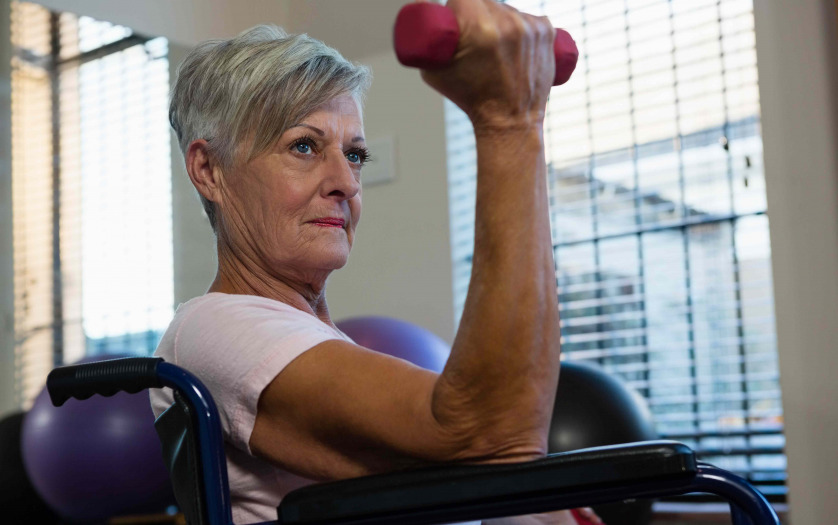 The guidelines come after months of collaboration with researchers, including Associate Professor Yasmine Probst from the University of Wollongong’s School of Medicine and the Illawarra Health and Medical Research Institute.

Researchers identified nine modifiable daily habits that could create better outcomes for people living with the disease, including the avoidance of fad diets.

“From a diet perspective, it’s important for those with MS to avoid these fads – as there is no evidence supporting these,” Professor Probst said.

“Instead, following the nutritional guidelines set out for the general population by the Australian Dietary Guidelines and consuming a balanced diet with the necessary food groups must be the priority.”

Professor Probst lives with MS and said that striving for a healthy lifestyle is important for those with the condition.

“While exercise, diet and weight management are a focus on most of the general population’s ‘To Do’ lists – particularly during COVID-19 – these lifestyle measures were formally confirmed by experts developing the guide as very important ‘Must Dos’ for those living with MS.”

MS is a chronic neurological condition with no known cure, with approximately 10 Australians diagnosed weekly.

Smoking – Strong recommendation for those with MS not to smoke as it increases the risk of disability progression by about 55 per cent, as well as increasing the risk of early death.

Physical Activity – Regular physical activity is extremely important in helping with mobility, fatigue and pain in MS, together with reducing the rate of relapse and a slowing of disability progression.

Diet and Nutrition – Nutritional guidelines set out for the general population by the Australian Dietary Guidelines are strongly recommended for people with MS.

Weight and Obesity – Young people who are overweight or obese are at higher risk of developing MS later in life.

Vitamin D and Sun Exposure – Studies have found those living with MS have lower levels of vitamin D in their serum. Preliminary evidence suggests vitamin D may have an effect on the risk and progression of MS. People with MS should maintain healthy vitamin D levels and obtain sufficient levels of sun exposure.

The new evidence-based guidelines provide a crucial tool for those living with MS, their families, carers, as well as healthcare professionals. ‘Adapting your lifestyle – a guide for people with MS.

Stepfather under trial for assaulting teen daughter with disability

A Saskatchewan man has been accused of abusing his teenage…

Thirty years after the passage of the Americans with Disabilities…